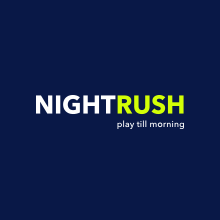 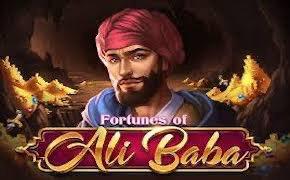 If you were keen to dive back into the world of Ali Baba, this here is your chance. Play’n GO, one of the best-established developers there is, will bring you to a world full of magic, and let’s face it – riches.

The legendary Bandido of the deserts is coming back, bringing the Forty Thieves in his wake. At first blush, Ali Baba is modest – just like the man himself – but he has a lot to show for. The five-reel gameplay may not really reveal much at first glance, but don’t you worry.

There are yet many ways to be amused and surprised because Ali Baba will take you on a thrilling adventure. As a story-rich game, this slot has a lot to show up for, and you will be the first to find out what exactly!

Play’n GO are true sticklers for authenticity and this is just about what you can expect from the team’s latest title, one that will truly make you want to turn to banditry as a life choice. Now, the King of Thieves himself is quite exciting, but let’s see what Play’n Go CEO has to say.

According to Johan Törnqvist, the game has quite a bit to offer. Interestingly, Törnqvist said something that Jack Ma, the founder of the namesake e-commerce brand, said himself – Ali Baba is quite well-known around the world.

Storytelling, Törnqvist noted, is a big factor and we are rather inclined to believe him. Let’s now have a look through the beautiful title, though.

The Actual Gameplay Ali Baba Has to Offer

And so, what is about this incarnation of Ali Baba that proves so delightfully exciting time and over again? Truth be told – every last detail. The return-to-player (RTP) rate, a theoretical metric, is 96.89% which is almost like setting a new industry standard.

Having close to 97% RTP is already quite high, but Play’n Go has not shied away from a new challenge. Well, true, the game has higher volatility to make up for the big payout, but this is not an issue.

In terms of compatibility, the game does remarkably well. Just name the device you have on your mind, and it will all turn out to be spot on. Android phones and iPhones all will be able to run this game without any trouble.

There are special features, such as the Den of Thieves Bonus as well as regular Scatter and Wild Symbols, to make your gameplay more dynamic. Ultimately, though, Ali Baba feels and plays like a regular slot title with the cool twist that the bonus levels are unique.

In terms of adjusting the slot and getting right into it, though, you will have no problem, and once again, fans can appreciate the simplicity of the gameplay and its high reward value.